—Koh Samui is the country’s second most popular island for tourism after Phuket. Although the property market on Samui is still in its infancy compared with its counterpart in the Andaman, the villa market on Samui is still in its infancy compared with its counterpart in the Andaman, the villa market on the island is interesting. —As of the first quarter of this year, there were 420 villa units on Koh Samui. Villa development has been taking place on a modest scale for the past decade, but new supply dropped from 2008 to 2012 due mainly to the weak economy in developed countries whose nationals make up most of the investors in such properties. However, last year brought a surge in the market with 134 new units launched, compared with just 16 in 2012 —Hotel-branded villas that offer a high level of amenities and services are a growing trend in holiday destinations, but on Samui they represent only 11% of the total supply, with conventional non-branded properties making up the rest. There are now three hotel-branded villa developments on Samui: The Estates, managed by Four Seasons Hotels; W Koh Samui The Residences, managed by W Retreat; and the Conrad Koh Samui Residences, managed by the Conrad Hotel group. —The emerging areas for villas should be in Maenam and Lamai beaches, which are more peaceful and tranquil than the main tourist beaches. W Koh Samui The Residences is situated between Bophut and Maenam beaches, and the Estates Samui lies on the northwest tip of the island above Laem Yai beach. Phang Ka, in the southwest of the island, is home to the Conrad Koh Samui Residences, and while not as close as other developments to many amenities, the area is peaceful with pleasant views. —As of the first quarter of this year, 213 villa units had been sold out of the 420 available. Those most in demand were priced in the range of 20-40 million baht a unit, representing 60.9% of the units sold. For that price, buyers on Samui get excellent sea views from the hills above the beaches. —The villa buyers in Koh Samui include expatriates based in Hong Kong, along with British, Australian and French investors. The emerging markets recently have been French and Russians. Their decision to purchase a villa tends to be for lifestyle or second-home purposes. —People buying a second home, holiday or retirement property tend to be emotionally involved in the purchase and like to visit the site and get familiar with the area prior to reserving a unit, which can lengthen the buying process.
People buying a property on Koh Samui are most often owners of a property elsewhere and in many instances own two or more properties throughout the region and the world. Location is a key factor for sales, and people pay a lot of attention to the site, the views and the immediate environment, including other developments and the availability of amenities in the immediate area. —The most popular villa units have three to five bedrooms, on land plots that range from 800 to 1,600m², with usable area of around 450 to 650m². The selling price is based on distance to the beach, the selling price is based on distance to the beach, the view from the unit, unit size as well as land plot size.-To serve tourists, many retail businesses have been developed on Koh Samui. The Central Festival Samui shopping mall, which opened in the first quarter of this year, is located on 32 rai of land near popular Chaweng beach. It has 19,250m² of leasable area, with approximately 400 parking spaces.
Another community mall scheduled to be completed this year is the Wharf Samui, located on 2.4 hectares near Bophut beach. It will contain 168 shops with 5,600m² of retail space. 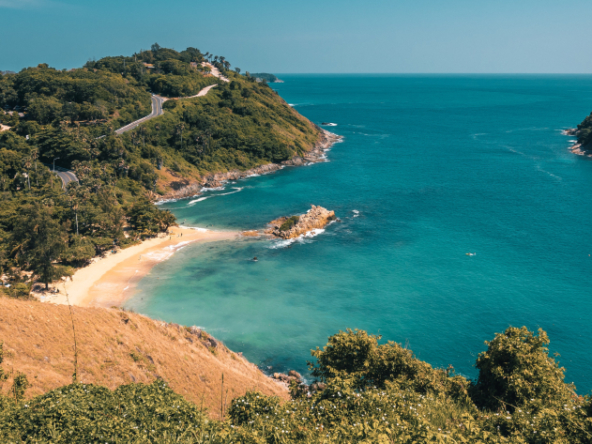 Koh Samui properties described for you Sanh Kiri Kham, what does it mean in Thai language ?...
Continue reading
by Julienmarvel

Please enter your username or email address. You will receive a link to create a new password via email.